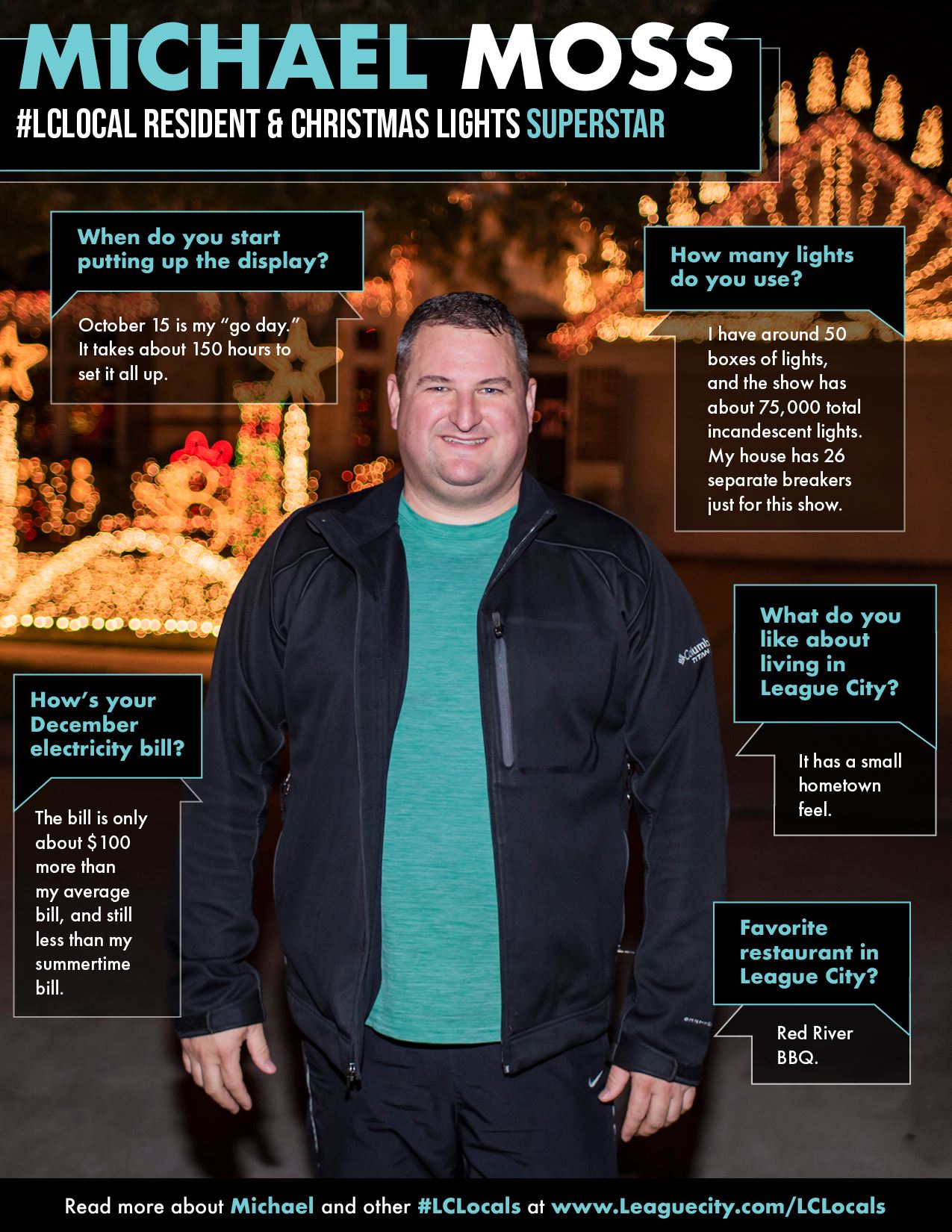 Michael Moss’s house is hard to miss. Every year he puts up an elaborate Christmas lights display, with all the lights choreographed to music. You can drive by and see the spectacle at 540 Southampton Ln. in the back of the Westover Park subdivision on the west side of League City. Michael even has a website setup where you can see photos and videos of past displays: http://www.mosslights.com/

When did you start this tradition of decorating your home so elaborately?

Since 2010. I decided Thanksgiving Day after watching YouTube videos of other houses that looked unreal. I found out who made the equipment, researched it, and bought my first four controller boxes.

Why do you continue the tradition every year?

I originally started out doing this mainly for me. I didn’t have kids at the time. It’s also something to bring families together. It allows people to sit and watch something instead of just driving by. And I love to hear the kids with their “oohs and the ahhs.” Now that I’ve got kids, I do it for my kids.

When do you start putting up the display?

October 15 is my “go day.” That’s when I start getting everything out of storage, but I don’t put anything into the yard until after Halloween. It takes about 150 hours to set it all up.

How many lights do you use?

I have around 50 boxes of lights, and the show has about 75,000 total incandescent lights. My house has 26 separate breakers just for this show. 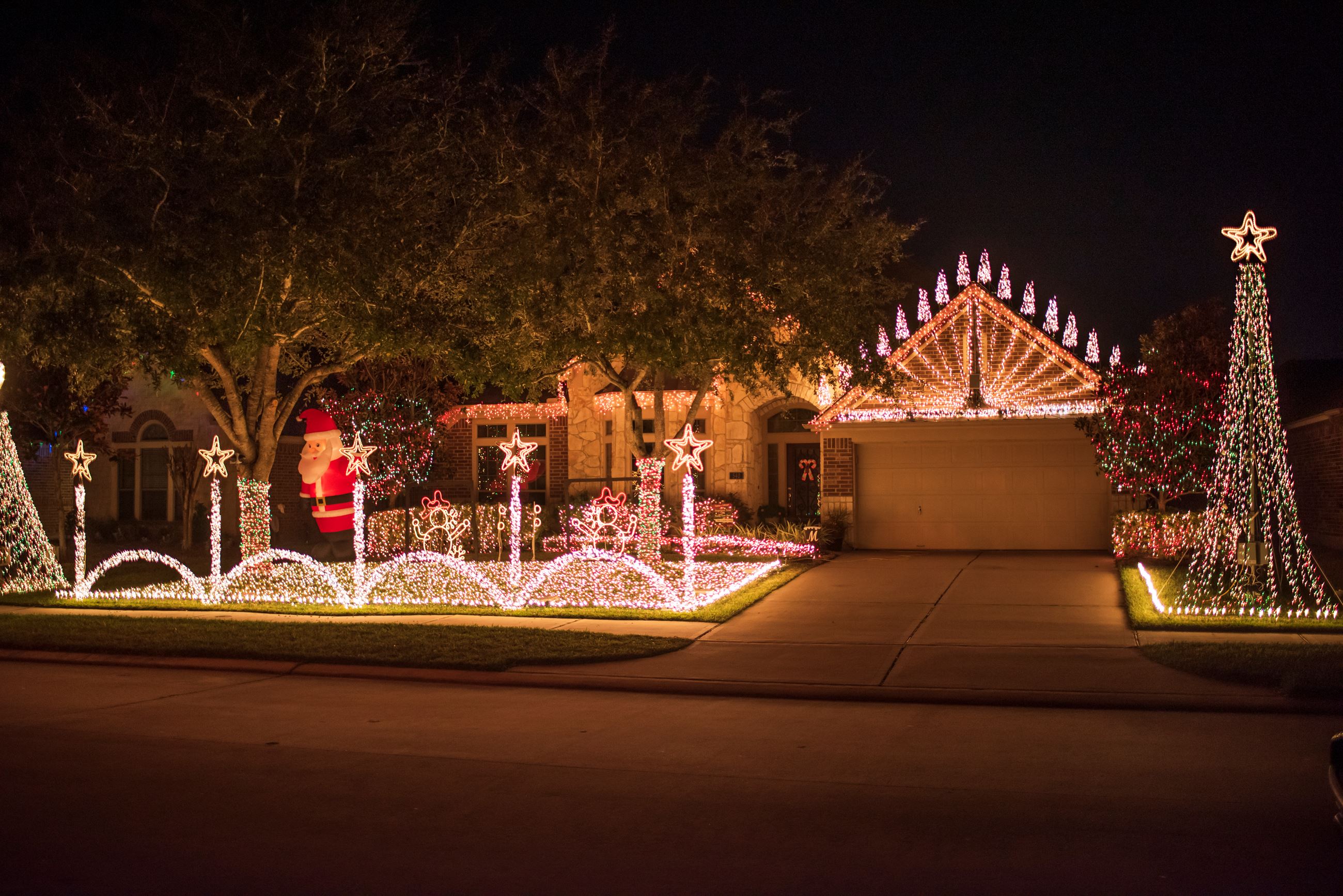 Because everything is flickering on and off, and isn’t on all the time, the bill is only about $100 more than my average bill, and still less than my summertime bill.

I’m a computer consultant, so I understand the computer side of it. But anyone can do it. Light-o-Rama makes all the equipment, and they have tons of how-to videos and have great tech support to get newbies incorporated into it. You can purchase songs that are already pre-programmed, so it gives you a way in to see how they do it. But there is a learning curve to the software.

Do you make all your decorations?

Everything in my show I build from scratch. I buy the components and pieces, and build what I need. I welded all the stars myself, made the snowman snowball fight, the giant spiral tree, and the star above the tree.

What do your kids think of your light show?

I’ve got 2 boys, ages 3 and 5, and they love it. Everything that I’ve done is broadcast on 107.1 with an FM transmitter, but I’ll open my garage and turn on the speakers so they can watch it, and we do that about 4 times a week. My five-year-old loves the Christmas lights so much that he will sit in my truck for hours and watch me put up the lights.

Tips for people decorating their homes?

The way my house is designed I don’t have to get on my roof, everything is done with an extension ladder. Leave getting on the roof to the professionals. My brother is a podiatrist and sees a lot of people with broken ankles during the Christmas season.

I moved here in 1995 from Carrollton, outside of Dallas.

It has a small hometown feel and I feel safe in this city. We have a good neighborhood and lots of kids around.