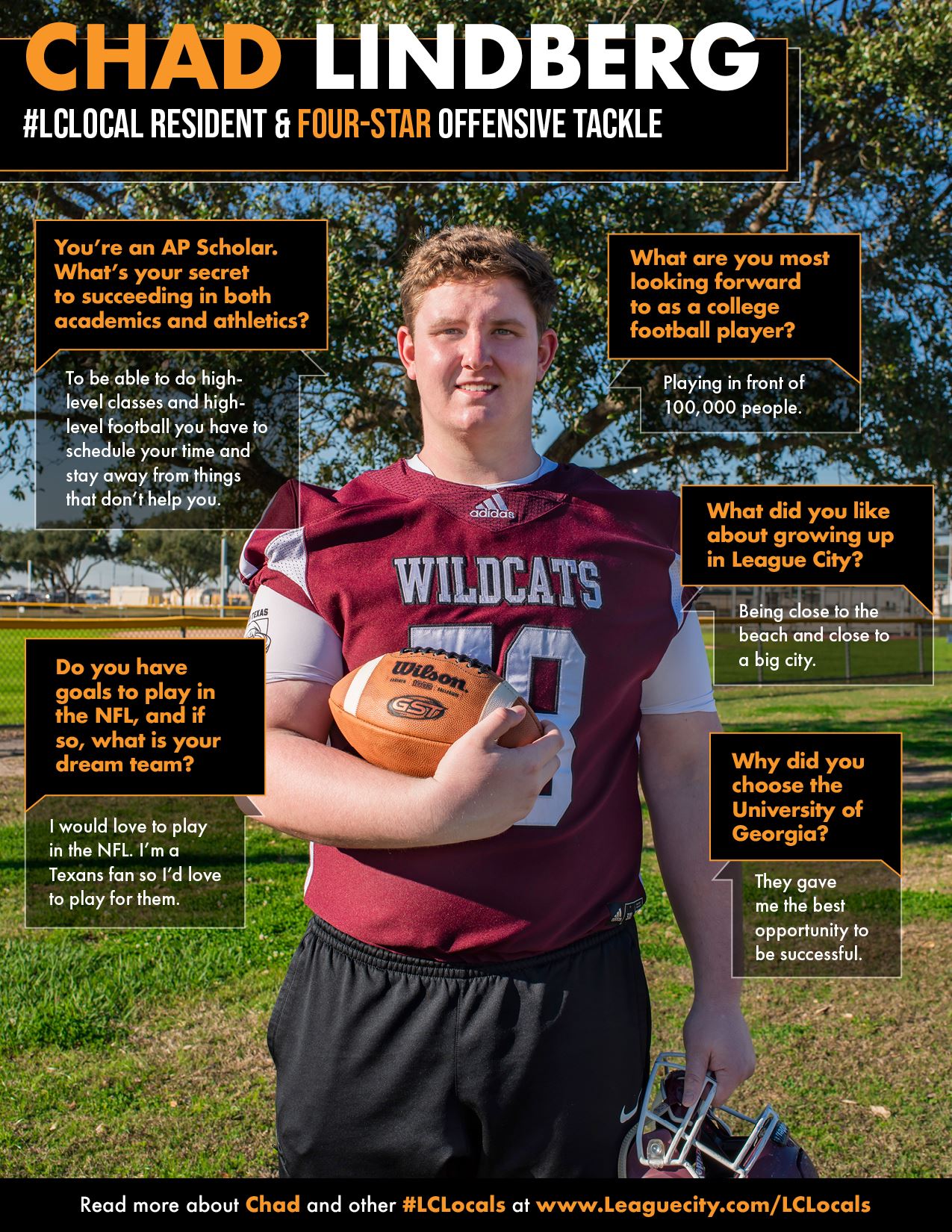 Clear Creek High School senior Chad Lindberg is not your average high schooler. Towering at 6’6” and 325 lbs. Chad is a four-star offensive tackle and one of the top high school football players in the nation. Oh, and did we mention he’s an AP Scholar? He was selected to play in the elite Under Armour All-America football game in Orlando and the Polynesian Bowl in Oahu this January, becoming the first player from his high school selected for these games. Both games will be televised. You can watch Chad in the All-America game on Thursday, Jan. 2 at 6 p.m. on ESPN2, and in the Polynesian Bowl on Saturday, Jan. 18 at 6 p.m. on CBS Sports Network. Chad recently signed his letter of intent to play for the University of Georgia.

How long have you been playing football?

I started playing in 5th grade, and all throughout junior high and high school. I was on varsity from sophomore through senior year.

What sets you apart as an athlete?

Do you have a motto?

Be better than you were the day before.

Why did you choose the University of Georgia?

They gave me the best opportunity to be successful, plus it’s a school I’d want to go to if I was just a normal student.

How has football improved your life?

It’s improved my ability to schedule time, and it’s helped me socially and given me a lot of friends who have helped me out in my years in high school.

You’re an AP Scholar. What’s your secret to succeeding in both academics and athletics?

To be able to do high-level classes and high-level football you have to schedule your time and stay away from things that don’t help you.

Do you have goals to play in the NFL, and if so, what’s your dream team?

What’s your advice for other kids who have big dreams for their athletic careers?

Listen to your coaches and take sports seriously. Keep it fun, but take it seriously.

What are you most looking forward to as a college football player?

What did you like about growing up in League City?

Being close to the beach and close to a big city.

Favorite thing to do with your friends?

Working out at the fitness center.

Holiday in the Park.