Mr. Mann has been a resident of League City since 1999.  He was born and raised in Port Arthur, Texas.  Andy holds a bachelor’s degree in political science and an MBA from Lamar University, as well as various IT certifications.

“I left Port Arthur to work for NASA contractor United Space Alliance.  We spent weeks looking for a new home.  As soon as we drove into the Oaks of Clear Creek, we knew we found the perfect place to raise our three children.”

Mr. Mann has worked for thirty years in enterprise IT.  He has served two stints with NASA contractors, as well as various IT positions in the banking and healthcare industry.  In addition to his professional work, his political experience includes service with former Congressman Jack Brooks, county election coordinator and volunteer coordinator for various local, state, and federal elections.

Mr. Mann serves the council as mayor pro tem, as well as the creator and first chairman of the League City Municipal Sunset Commission.  The Sunset Commission’s mission is to eliminate waste and duplication in City operations.  He has also served as the League City’s representative on HGAC, The TPC, and various boards and commissions.  He is communications chair for the Galveston County Republican Party and former president of the Republican Network.
Andy and his wife Susan are active members of St. Mary Catholic Church.  They currently reside in Magnolia Creek with their Labradors Steve and Jack, as well as their daughter’s cat, Chauncey. 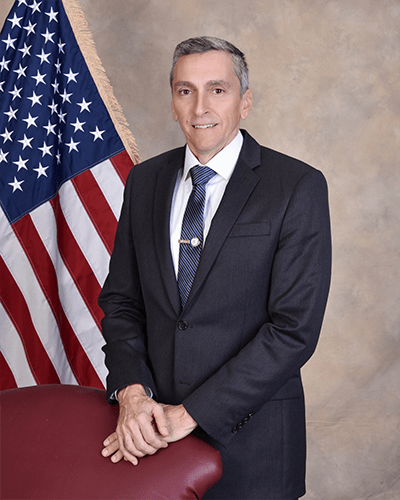