Listen to the Mockingbird

Want to know what species of birds are in your area? Listen to the mockingbird! Although our state bird the Northern Mockingbird isn’t brightly colored, it makes its presence known by singing almost continuously. Mockingbirds are aptly named, as they are excellent mimics, learning the songs of other birds as well as the sounds of insects, amphibians, and even machinery. 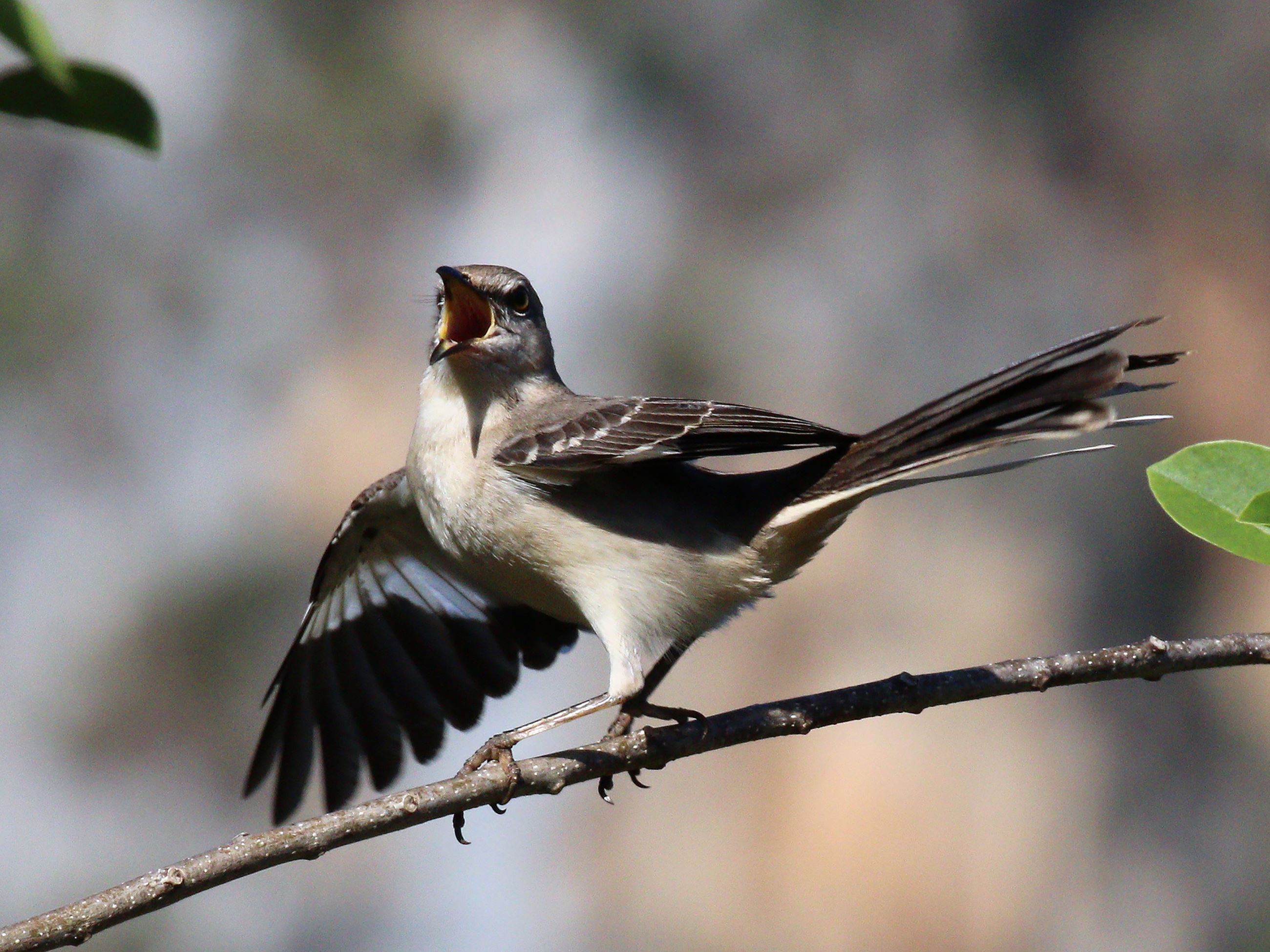 Both male and female mockingbirds sing, although males are much louder and more insistent. Young males sing the most, practicing their repertoire non-stop throughout day and night, giving the species its nickname of American Nightingale. A single mockingbird may learn and repeat up to 200 songs over the course of its lifetime!

Our resident mockingbird fools me quite often, singing a wide variety of songs including those of Eastern Phoebe, Northern Cardinal, Carolina Chickadee, Tufted Titmouse, Carolina Wren, House Sparrow, and many more. Over the past two weeks, it’s been practicing the various calls of Blue Jays and working them into its long string of cheerful songs.

One of the most interesting things about mockingbirds is that they have regional dialects, which makes sense if you think about it – they each learn the songs of the birds in their own area. Since mockingbirds are for the most part non-migratory, you can often determine the species that frequent an area by listening closely to their repertoire. We often stop and look for Black Rail along the Bluewater Highway in Surfside; although we haven’t seen it yet, we know it must be there because the local mockingbird mimics it. 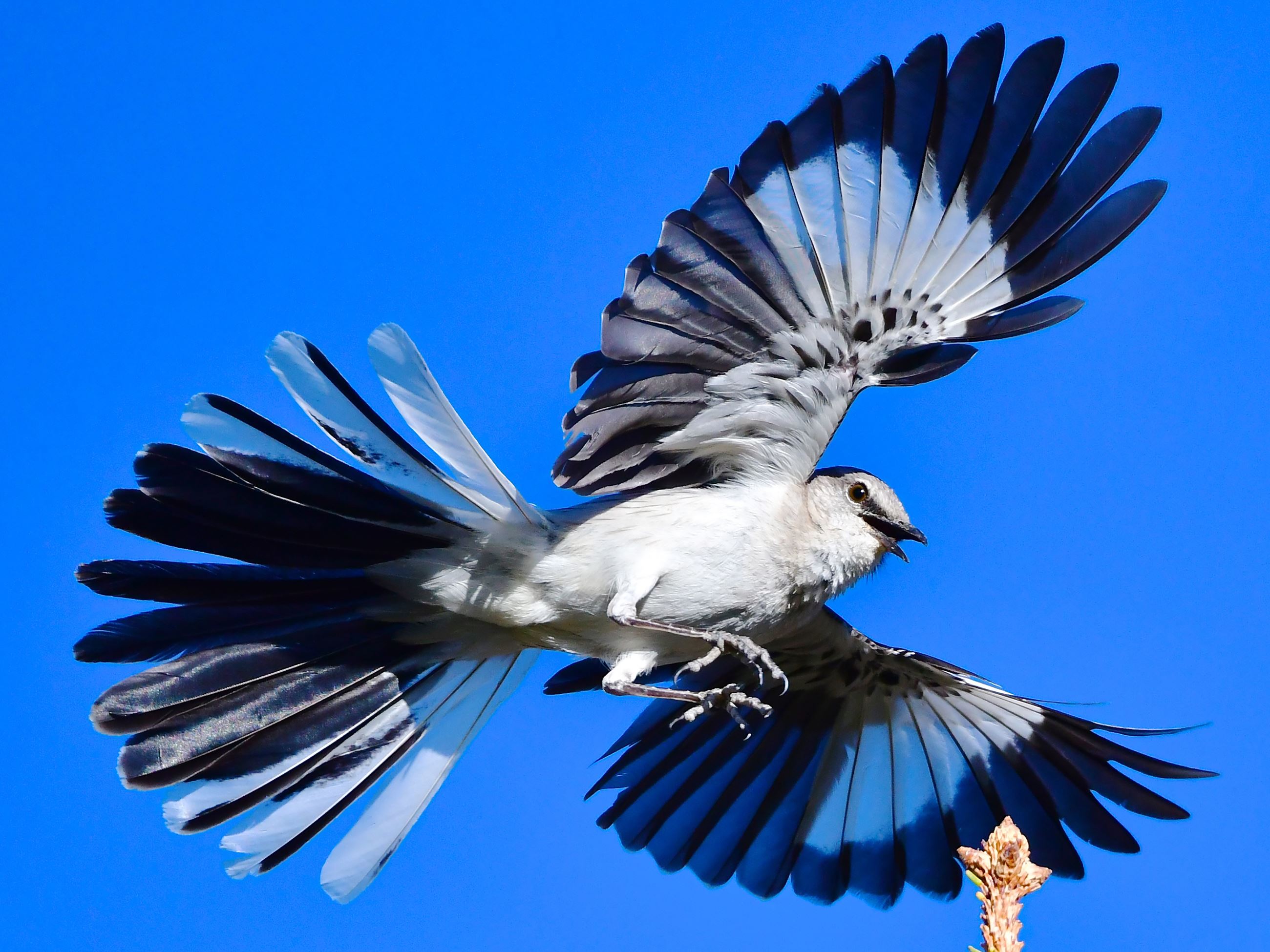 Look for mockingbirds singing proudly from the top of high perches such as power poles, signs, and fences, as well as trees. You may also see them while mowing your yard, chasing the insects stirred up by the mower in addition to any other birds that dare to visit. I enjoy watching them boldly stalking and flying at larger species such as Cattle Egrets and raptors, seemingly without fear, flashing the large white patches on their extended wings.

Mockingbirds do sometimes visit feeders but are more likely to be seen eating insects and berries, so plant a variety of fruit-bearing bushes and trees in your yard if you would like to attract them. With a lifespan of up to 14 years, mockingbirds will add beautiful sound and entertaining activity to your yard for years to come.