Q: How many paid fire fighters does League City have?
A: The Fire Chief, executive assistant, and quartermaster are paid positions. There is also a stipend program for the volunteers to staff Station One during weekday and night hours. Other than that, all fire fighters are volunteers.

Q: How does the City benefit from the department being completely volunteer?
A: The Fire Department saves the City $16 to $18 million each year. 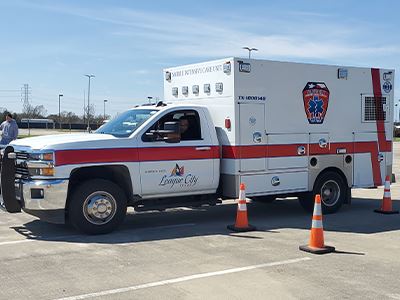 Q: How many stations does League City have?
A: Six. There are plans to build more in the future to keep up with the growth of the City.

Q: How many fire fighters are at each station?
A: The number varies depending on how many volunteers live within each stations' response area. It varies between 10 and 36.

Q: Are the stations manned 24 hours a day?A: No, because we are volunteer, we only respond to the station for training, during emergencies, or when responding to a call. However, beginning January 2016, a program that utilizes existing volunteer firefighters to staff a station Monday through Friday from 8 a.m. to 6 p.m. began. This led to a night staffing initiative that began in November 2016 and expanded to seven nights per week in May 2017. The overall goal of this program is to improve service to League City residents. For more information regarding this program, call the Administrative office at 218-554-1465. 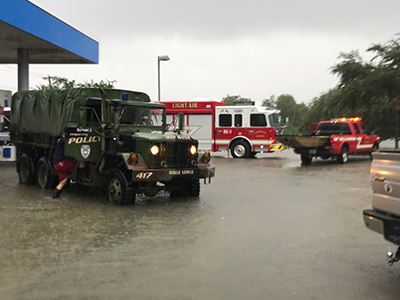 Q: What type of training do League City volunteers receive?
A: Each applicant cadet of LCVFD is required to attend at least 3 months of training. It consists of 80 hours of basic firefighting training. Most of the training occurs on Monday and Wednesday nights and occasional Saturdays. Pending successful completion of cadet training, applicants will join the department as firefighters where they will receive training every Tuesday night from 6 to 9 p.m. In all, the department receives over 8,000 hours of training per year.

Q: How do you know when to respond?
A: All active firefighters carry a special pager that alerts them of a call and situation.

Q: How many calls does the fire department respond to?
A: It is hard to gauge due to the rapid growth of our City, but the past few years have had 2,000 to 2,200 calls annually. 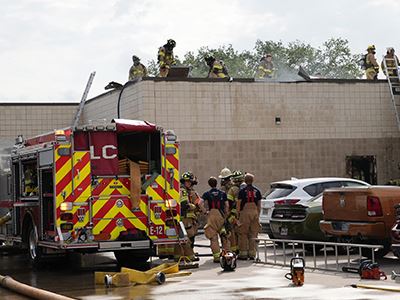 Q: What time of the year is your busiest?
A: There really is no busy time of year. We average about 160 calls per month.

Q: How long does it take for the department to respond to a call?A: It varies, we have several officers that drive fire department vehicles all the time, while others go to the station first to get the fire trucks. The average response time for 2021 came in at nine minutes, but the station staffing programs aim to improve this number. 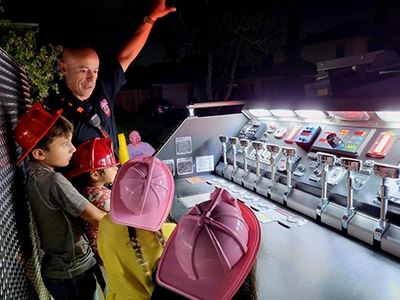 Q: What types of community outreach does the department perform?
A: The volunteers provided fire prevention education to over 5,500 children, spending over 200 hours of personal and vacation time to accomplish this life-saving effort. 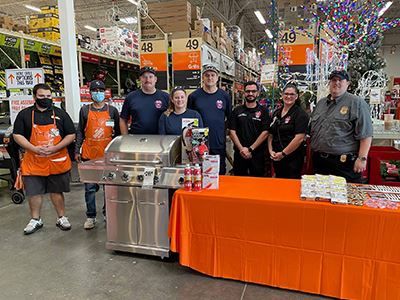